Strata Oil's carbonate project was mentioned in a recent story by Bloomberg on the record-high land sales prices for carbonate-bitumen leases directly to our south beneath Shell's Carmon Creek project, where one of the leases sold for more than 50-times 2014's average price per hectare. You can read the entire article on the Bloomberg website (see link below). 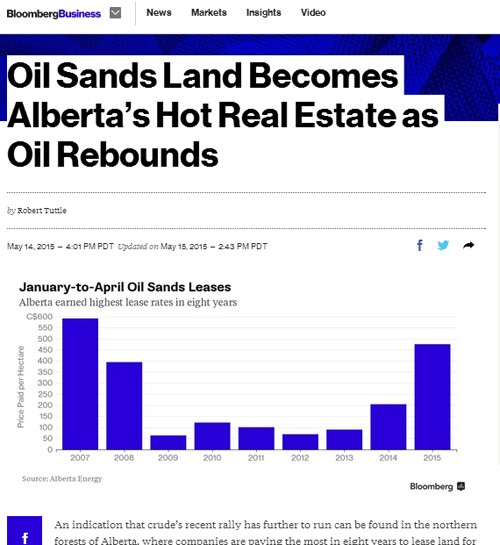 Strata Oil was mentioned in Bloomberg's story on the Oil Sands and Carbonates
This is a link to the article mentioning Strata Oil entitled "Oil Sands Land Becomes Alberta's Hot Real Estate as Oil Rebounds."