The carbonate rights beneath Shell's Carmon Creek project just got acquired at the highest prices seen in Alberta's oil sands auctions in recent history, with one of the leases selling for more than 50-times 2014's average price per hectare.

Last week's Crown land sale evidenced a strong vote of confidence in the potential of the province's massive carbonate resources. The most valuable block went for a whopping $7,815 per hectare --- the highest price seen in any Crown oil sands auction since September 2007.

It was one of the strangest oil sands auctions ever. Shell's entire Carmon Creek lease-area was up for bid, at least for the carbonate-hosted bitumen rights. It seems someone at Shell had, in years past, failed to secure the carbonate rights beneath most of their Peace River lease-area. This must have been a serious "uh-oh" for Shell, since the company is in the process of developing an 80,000 barrel-per-day project to produce from the sands formations which sit right atop the carbonates.

Whoever acquired the carbonate rights in last week's land sale (the rights were acquired in the name of third-party land companies) has now secured nearly 50,000 acres of carbonate-hosted bitumen leases which should eventually produce many millions of barrels of crude. These carbonate-zones will be heated indirectly by Shell's thermal facilities, which is why they were bought for such high prices.

It seems likely that the successful bidder was Shell themselves, as evidenced by the $21 million acquisition cost. The lease area went for, on average, $1,105.37 per hectare. To put this in perspective, the average price per hectare for oil sands auctions in 2014 was just $150.25 per hectare.

What is particularly encouraging for investors is the fact that last-week's oil sands auction was specifically for carbonate-hosted rights. These are part of the much larger Carbonate Triangle, which is the second largest unconventional oil deposit in the world.

It's also significant for shareholders of Strata Oil, because Shell's Carmon Creek lease-block area is contiguous and directly southeast of our 20,000 hectare Cadotte project. 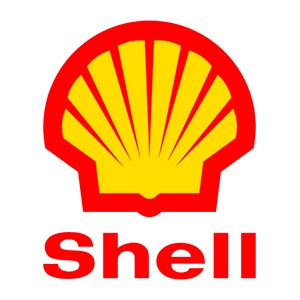